Welcome to Our Site

We want to communicate with you in all kinds of ways and so our postings will be many and varied! We do offer a weekly children's sermon and monthly Time Together devotional on a regular basis. You can find those through the archives as well as the Children's Sermons and Resources Tabs. We hope you will leave your comments and contribute to the networking of this site! 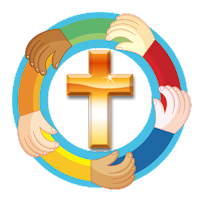 Summary: The parable of the labors in the field could be summed up by saying "that's not fair," a familiar phrase in households with children. They will understand the idea of something not being fair so we emphasize living in God's grace means that mercy trumps being fair in the kingdom of God.

Preparation: a small something to give away (i.e., candy, small crosses, pencils)

Faith+Open: Gather the children with you. Have the line up from oldest to youngest (or tallest to shortest if that is easier. You can also do a just a few kids if you have too many to do it with all of them) and spend some time examining them in this order making sure it's right.

Faith+Share: "Let's see here. We have the oldest/tallest here at this end of the line and the youngest/shortest here at this end of the line. I have here these (candy or small crosses or some small giveaway) to give out but who should go first?" If you don't get kids vying to go first right away then prompt them a bit by asking should oldest go first? Or tallest? Or those who got up her first?, etc.

"Do you have line leaders at school? And what is the line leaders job? So they go first for the day? Hhmmm. Well if this is my line leader then it means the kid at the very end is very last right?" (You may want to have the kids sit at this point, but stay in their line)

"Well we heard/will hear this gospel story from Jesus that there were workers in a field and some worked from the beginning of the day and some didn't work until the end of the day but they all got paid the same. Do you know what the workers who got their first said? Yep, they said, 'That's not Fair!' we worked longer and harder and we should get more. But they were given what they were promised, it was just the same as what the workers who came later were promised. Have you ever had something be not fair? So we know what it feels like think that we didn't get treated the same. BUT Jesus tells this story to teach us about GRACE. See the workers who were hired later still had families to bring home food to and the landowner did not want anyone to go hungry so they were all paid the same. Jesus says that God is like this. God gives us what we need and loves us all so much that we don't get what we deserve, we get GRACE. Jesus said the last will be first and the first last! This might sound unfair to let the last go first but with God we are all included and we are all a part of God's GRACE and we are all God's Children."
"We are going to say a prayer of thanks and then I will hand these out. Can you guess which way I will hand them out? The last shall be first!"

Faith+Prayer: God, you give us grace and love. Thank you for your love for us and for all people. Help us to remember that no matter whether we are first or last we are your children. Amen